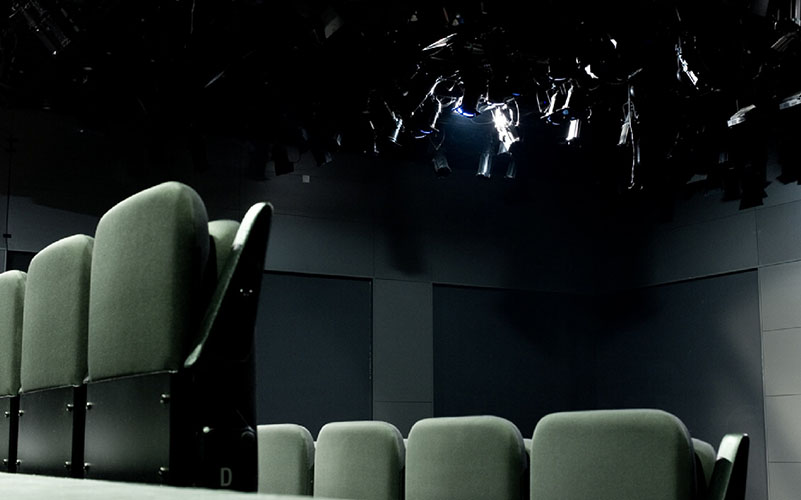 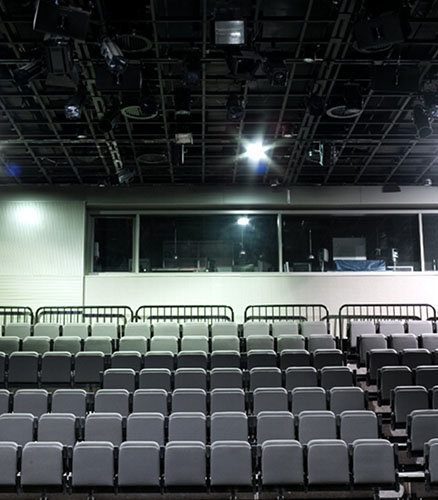 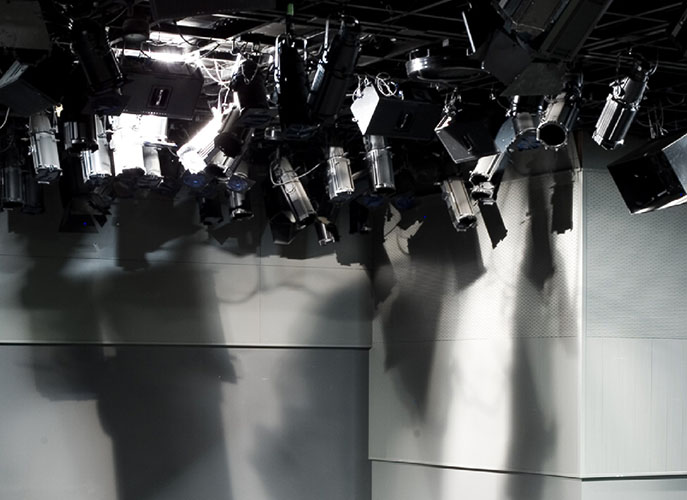 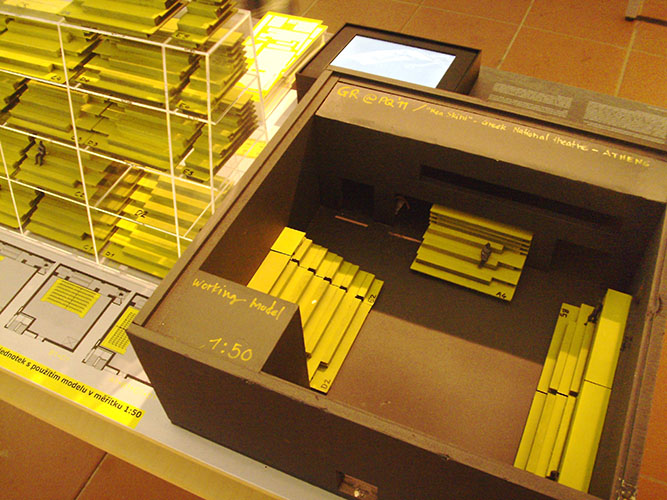 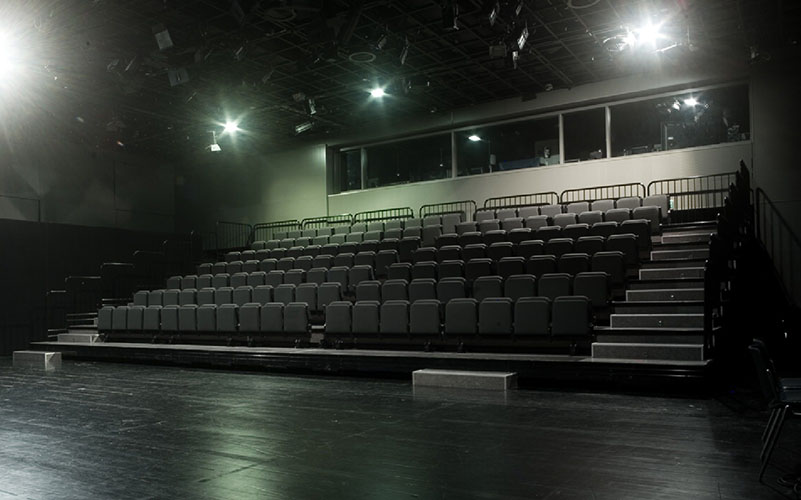 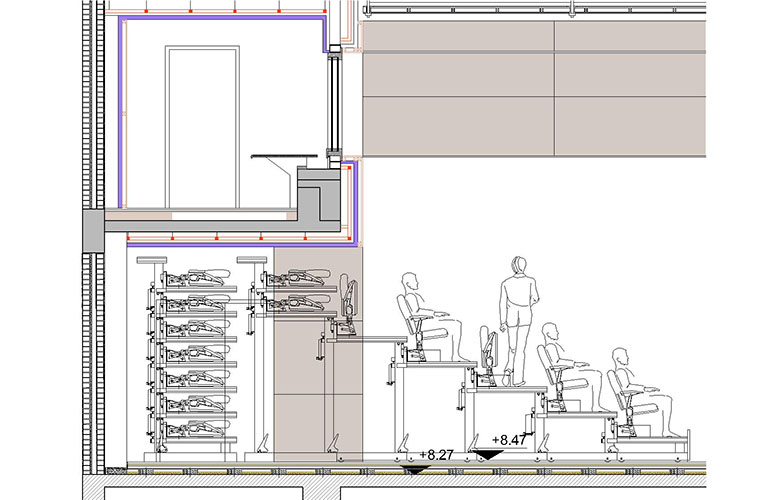 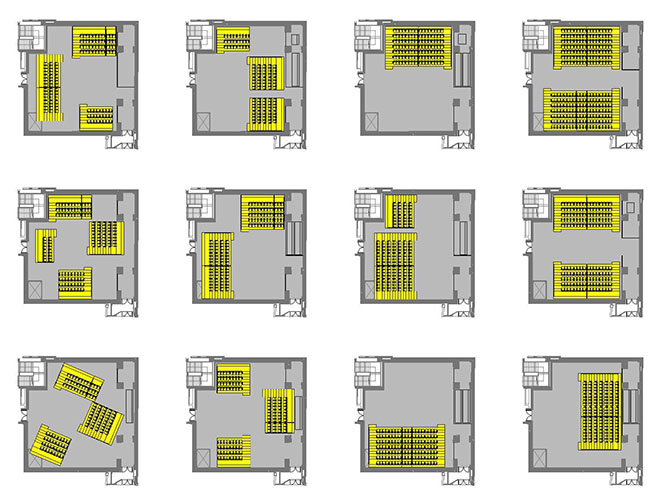 “Architecture as a scenography tool”

A new studio theatre constructed between 2006 and 2009, designed to be a flexible architectural environment that becomes a supportive tool to the scenographic synthesis at an early stage of a production. The interior structure is formed by four retractable seating units that fold-unfold and also can be placed/moved in a free way.

A maximum flexibility in creating different space arrangements, a spatial formation tool transforming the relation between the “stage space” and “audience space” depending on the decisions of different productions.